Chosen for their work on corporate events, associations, trade shows, event strategy, and more, these people represent the best of the meeting and event industry in the U.S.

Since I teach others to blow their horns and bec I posted the nice honor from BizBash, this was published earlier this month. Look through .. notice, in the group in which I am included, which one is not like the others! There are at least two major differences in the legends!

Mazel tov to the many included in the 25. What’s a privilege is to have Howard Feiertag as a role model, still working and teaching and even older than I am! Thank you, Sally Fryberger Braley and Northstar for this honor. as a legend. 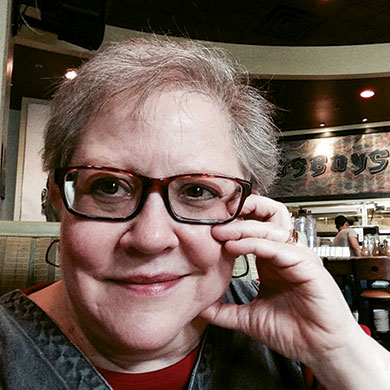 Talk about one’s career being fated at the start: As a child, Joan Eisenstodt organized street fairs and YWCA events. She moved on to the association world as an adult and in 1981 founded her own Washington, D.C.-based company, Eisenstodt Associates Ltd.

She’s seen it all, joining MPI early on and taking a seat on the 1989-’90 board of directors for the then Convention Liaison Council (now the Events Industry Council, whose Hall of Leaders counts her as a member). Eisenstodt remembers her first board meeting as one of three women in a room full of men:

“At the first break, after I’d spoken up in the meeting, a male member of the board patted me on the head and said, ‘Honey, when you get a little older you’ll know to be more quiet.’ I was livid.” Eisenstodt did not quiet down. A mentor to many a planner through the years, Eisenstodt still aims to make the industry smarter, better and stronger through her wide-ranging efforts. She has been an expert witness at myriad meetings-related disputes, has ironed out issues in thousands of contracts, run countless programs and taught many a class, such as the Meeting and Event Planning Certificate course at the University of North Carolina–Charlotte being held this month. “I’ve been teaching for them since 2012,” Eisenstodt says. “I do a full day on risk and contracts/negotiations. It’s exhausting — and I love it.”

The fresh award has arrived.  Awarded at the fresh conference. Honored to be among these winners.

The FRESH conference is an annual conference sponsored & produced by the meeting design institute.

Thrilled to have won! Interaction Expert Award in the Audience Interaction Awards at FRESH18

Honored to shortlisted as Interaction Expert #FRESHconference,  Feb 27-28, 2018. Previous commitments will keep me from attending.

How airports are failing senior travelers.

……Joan Eisenstodt knows the feeling. She is 70, and lives in Washington D.C. She works full time as a consultant to the hospitality industry and travels regularly……READ MORE

Hello fellow meeting and event planners–and other industry friends!
I’m excited to announce that Meetings Focus, for whom I contribute blog posts and tweets, has given me a new monthly platform to reach out to its audience.
Who am I? Well, if we haven’t met in any of my frequent travels, I’m Joan Eisenstodt, a long-time planner, educator and industry consultant and member of the CIC Hall of Leaders.
And now I have been given the opportunity to share my industry insights—and challenges!—via this newsletter distributed on the first Friday of every month, starting in September.
The goal of my newsletter is to encourage lifelong learning and problem solving while examining the top issues impacting the meetings industry, sharing noteworthy industry news, profiling some of the more interesting industry professionals, and delivering resources that will aid readers in their careers.
However, this newsletter is not just about me. I encourage YOU to join the conversation and comment directly on my blog posts and other shared content.

Very happy to join UNC Charlotte Meeting and Event Planning Board of Advisors for 2015-2016.

I’m honored to be named as a Trendsetter in this press release from iacc International Association of Conference Centres.

(NEW YORK, NY) — September 2014 — IACC CEO, Mark Cooper has announced that three of the association leaders have been named Meetings Trendsetters 2014, recognised as “movers and shakers who are propelling the meetings industry forward.”

Cooper commented “Seeing three of IACC’s members, on the 2014 Meetings Trendsetters list, makes IACC proud to be associated with these ambassadors of conference centres and the IACC Meetings Experience. Alex, Jacques and Joan are three individuals who champion conference centres around the globe and it is fitting that they are recognised in this way for their immense contributions to our industry”.

Where we are social!